This week, the Los Angeles Street Vendor Campaign reaches a major milestone: the Los Angeles City Council will vote on Wednesday to finally adopt either a permit system or regulatory system — or even a hybrid of both — leading to the legalization of sidewalk vending within the City of LA!

For us here at East LA Community Corporation and our partners at Leadership for Urban Renewal Network (LURN), Los Angeles Food Policy Council (LAFPC), and Public Counsel, the Los Angeles Street Vendor Campaign has always been about both protecting the rights and dignity of some of the most vulnerable workers in the city, and providing them with greater economic opportunity. Approximately 80 percent of street vendors are women of color who contribute to the rich, diverse street food landscape through the informal economy — and when allowed to do their work legally and safely — contribute to the vitality of their neighborhoods and LA as a whole.

This week’s City Council vote will allow street vendors to do just that, and comes after nearly a decade of advocacy from thousands of street vendors and their supporters. Here’s a brief recap of how we got here: 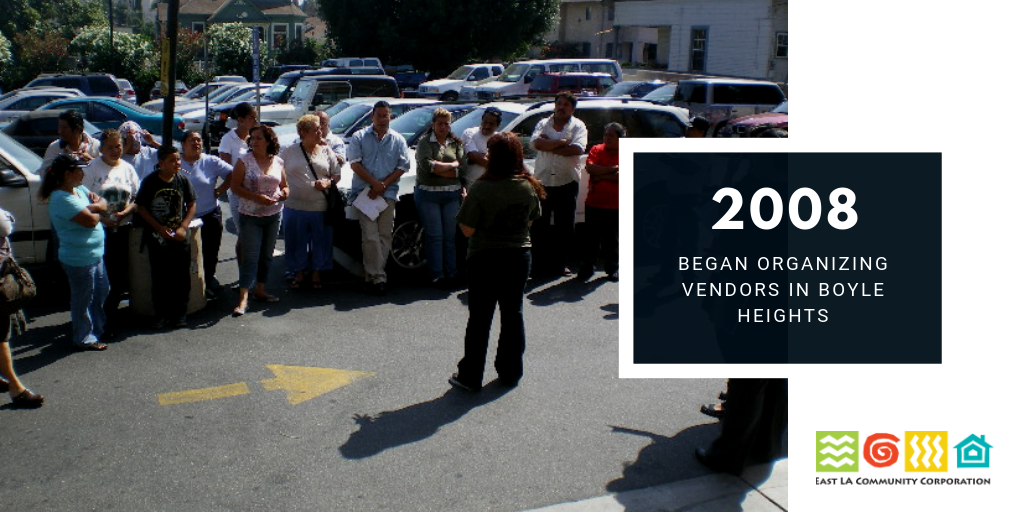 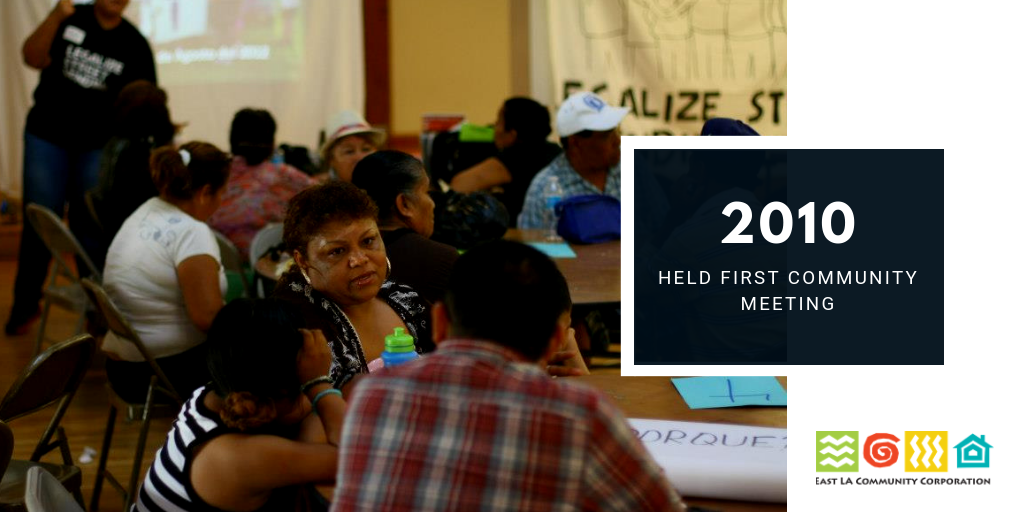 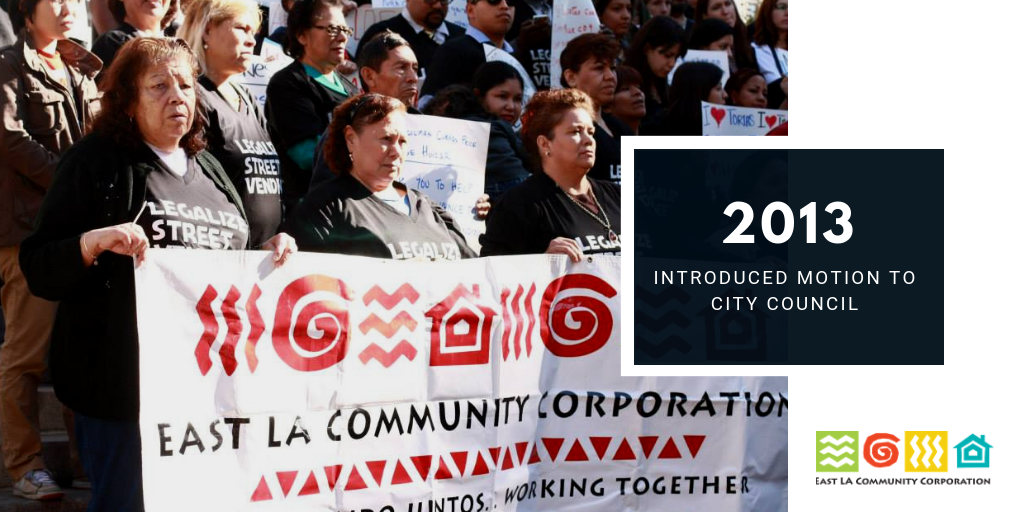 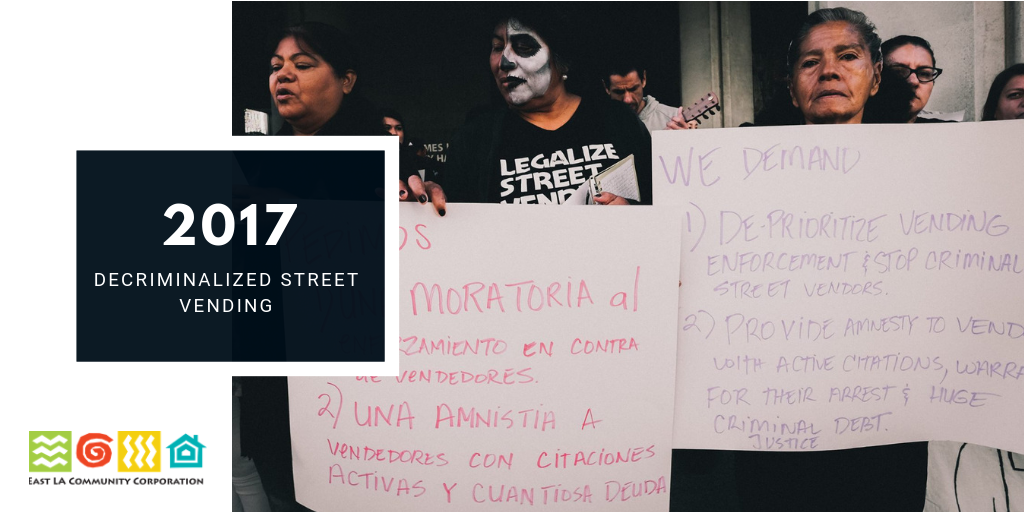 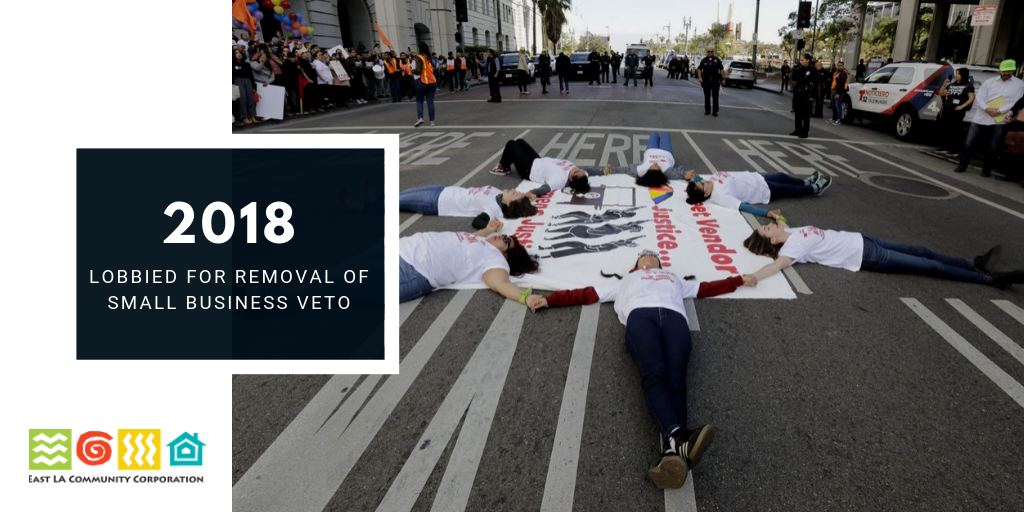 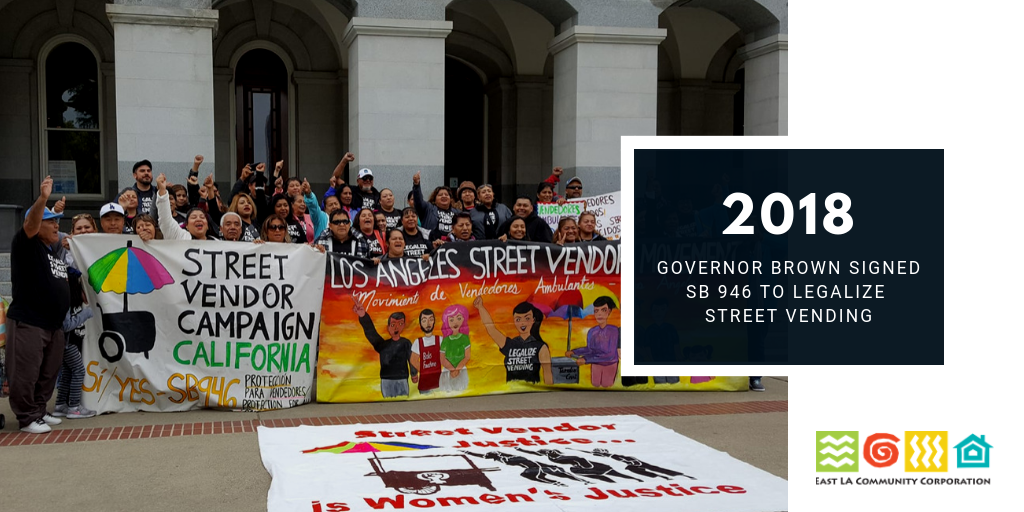 However, our journey to build an inclusive economy for our community doesn’t end with this one vote. We will continue to fight for a City that values and supports street vendors with the best possible policies, and sees them as contributors to the economic and cultural tapestry of Los Angeles.

Shout out to our donors and funders for making this moment possible, including the support of the LA2050 Activation Challenge. The LA2050 grant allows us to activate Angelenos to engage in and build an inclusive economy that supports our 50,000 street vendors, whose entrepreneurship contributes to our neighborhood economies and cultural landscape.

You can support street vendors this holiday season by participating in our “buycott.” Whether it’s catering your holiday party, food to fuel your errands, or a social media shout out for your neighborhood vendor, there’s no better time to vote with your dollar and support these micro-entrepreneurs. Show us how you buycott by tagging us on social media and using the hashtag #SupportLAStreetVendors so we can reshare! 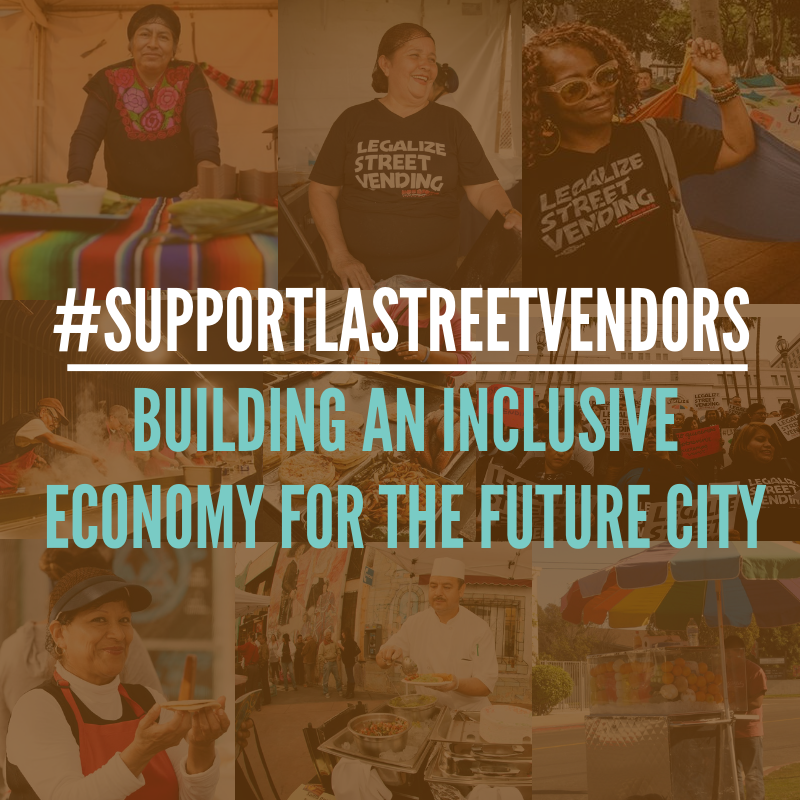 @metrolosangeles @All4Transit #FareFreeTransit for LAUSD students will eliminate tickets for fare evasion that working families cannot afford — a step toward the decriminalization of black and brown youth on public transit. We urge @metrolosangeles to vote YES & pave the way for free transit for ALL.

We can't give comment at the @metrolosangeles vote, but this is what we would say: As part of @All4Transit, we support #FareFreeTransit for students. Not only can this expand ridership & reduce emissions, but this will also relieve the stress of poor, transit dependent families.

Today @metrolosangeles will vote on #FareFreeTransit for LAUSD students. If passed, it will be an important first step to supporting LA families living below the poverty line & fostering a new generation of transit riders. Next up: Free transit for all! latimes.com/opinion/story/…